The University of Victoria owns the property known as Mystic Vale but as Hobbs Creek winds its way down the hillside, it has been channeled into a number of man-made ponds on private property. You can see one of these ponds on the south east corner of Cadboro Bay Rd and Killarney Rd. In the winter it is full of ducks, usually including the beautiful Wood Ducks. If you go down the short Mystic Lane, the upper side of that street contains a large pond but the ducks don’t care for this pond. It is probably too exposed to predators.

The largest pond is at the bottom near the ocean on Waring Place and that is the pond generally known as Mystic Pond. It is surrounded by houses whose owners actually own part of the pond as part of their lot. They can now be bought and sold as individual parcels and a few years back, one parcel was up for sale on the MLS system, separate from the house that it was originally attached to. That house didn’t sell but perhaps Saanich bought up that parcel as it has been doing with several of the other parcels over time. Saanich probably owns about half of the parcels now.

In about 2005 or so, there was a restoration project on Mystic Pond. They cleared out some vegetation and trees and it was suppose to be a great improvement but there is some discussion as to whether it made any difference to the pond. Fortunately the cover has filled in again and the ducks once more feel safe hiding in the understory. A recent change since about 1990 is the increase in the number of Great Blue Heron nests surrounding the pond in the high cottonwoods. Each year has shown an increase in the number of nests. It is quite noisy when the Herons come back to do their nesting each year. Winter is a good time to see where the nests are situated when the leaves are off the trees.

In winter, there are a number of ducks who enjoy the pond. As well as the Wood Ducks, there are commonly Mallard and American Wigeon. You may also see Hooded Merganser, Bufflehead, Green-winged Teal, American Coot, Northern Pintail, Northern Shoveler and, occasionally, a Eurasian Wigeon. Canada Geese often use the pond as a safe place to spend the night. Glaucous-winged Gulls are very common and Mew Gulls are also seen on the pond. Stickleback are also in the pond but it’s the mucky vegetative matter that most of the ducks enjoy. Red-winged Blackbirds are in good numbers around the pond. The Belted Kingfisher makes its presence known and the bushes are filled with many other small woodland birds throughout the year. The water helps to attract the birds. Members of Victoria Natural History Society visit this spot to enjoy the numerous birds here.

The residents are concerned that the silt and other debris from upstream is gradually filling in the ponds so they are getting very shallow. The owners and other concerned people are worried about what will happen in future if nothing is done upstream. The entire area around Hobbs Creek in Mystic Vale is devoid of vegetation due to the heavy traffic, especially trodden down by off-lease dogs. Not a blade of grass is able to grow around the water course in Mystic Vale. The heavy rains cause serious runoffs coming down the hillsides around the creek and add significant silt into Hobbs Creek. There will need to be cooperation between UVic, Saanich and Oak Bay if this magical pond is to be able to continue as a viable water way. 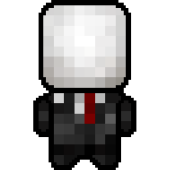 Queenswood – Places Made Special by their Stories

Towards a Future for Mystic Vale